We designed a rad new chapel

for The Altar Electric

The Altar Electric has a new home! And we were lucky enough to be invited to create it for them. You might remember that we designed and fitted out their first permanent home in late 2018/early 2019. You can read all about it on our blog here, here and here.

In case you’re not familiar, The Altar Electric is Melbourne’s answer to Vegas-style elopements, starting out in 2017 marrying rad couples in simple ceremonies in lanweay bars. Putting down roots in their first permanent space at Schoolhouse Studios in 2018, they recently upgraded to a light-filled space (still at Schoolhouse in Collingwood) to take their ‘small weddings that rock’ vibe to the next level.

Rad couples who want a wedding big on personality, but low on organisation stress and a huge price tag are the people who want to marry at The Altar.

Melbourne’s only Vegas style wedding chapel is ready right now to host your small wedding. Could the timing be any better? It’s now possible to have weddings with 10 guests, and The Altar team are so ready for you. 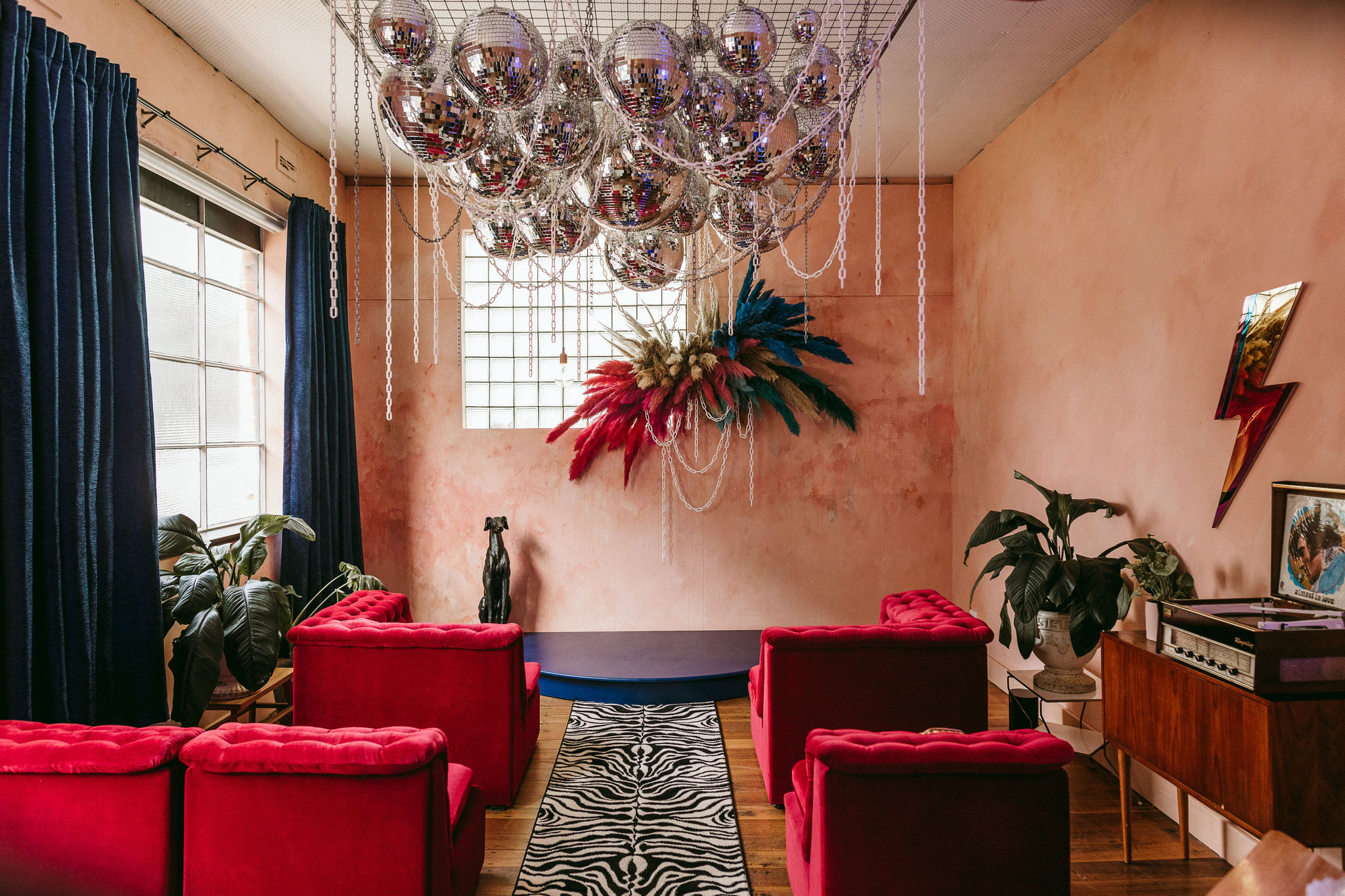 The Design; what we did

The brief for the chapel was simple; ‘Do what you want, we trust you. Just bring our signature rock ‘n’ roll vibes.’

Can do! Part of the original chapel’s design was to ensure most parts could be transported to a future space. So, I’d like to thank past Kate for taking the time to create pieces that could be used again. Not only is it cost effective for the client, but it’s a rather sustainable practice too, which is important to us as one of our business values, but also our responsibility as good humans.

The design direction came from The Altar’s own evolution – from laneway bar, to basement-vibes (aka no natural light) first chapel, to light filled, high ceilinged new space. Not only have the digs grown up, so has their business.

Making the absolute most of the ample light thanks to the x2 large industrial windows and glass bricks, letting light in in two different ways. The space had an existing decaying column which also became a catalyst for the design, in taking that rougher, less neat and tidy look throughout the chapel.

Good Day Club created the design vision and did most of the fitout, but we couldn’t have done it without the skills of two absolute artistes:

Clare of Scanlan + Makers: friends introduced me to Clare and I thank them for this (you’re ace Laura and Duncan!). Her work creating paint finishes is an art form as well as a trade. I hesiate to say paint finishes because I know y’all are thinking of your mum and her sea sponge paint dabbing in the 90s and you’re own failed attempt at a feature wall. What Clare does is NOT THAT OK. She literally had Porter’s Paints create a custom peach paint for the chapel (which you can now ask for, it’s called The Altar Electric Peach!) and then weaved her artistic magic to combine the colour, texture and light in the space for this unbelieable outcome.

Bonus: the space looks different as the light changes throughout the day, which means no two weddings in the space will look the same!

Bloom Boy: Ross is a great person and a really rad florist, and he never even brings up the time I first met him, was introduced to him as Ross (because that is his name) and I immediately said, ‘Nice to meet you Brent!’.

The Altar team and I both adored Ross’ installation for Flower Now, with it’s unexpected textures and use of chain (which is a statement feature of their first chapel), so that’s where we started. But like Clare, I told them what I was thinking then said do your amazing best, and voila, you get Ross’ painted and natural Pampas Grass installation! 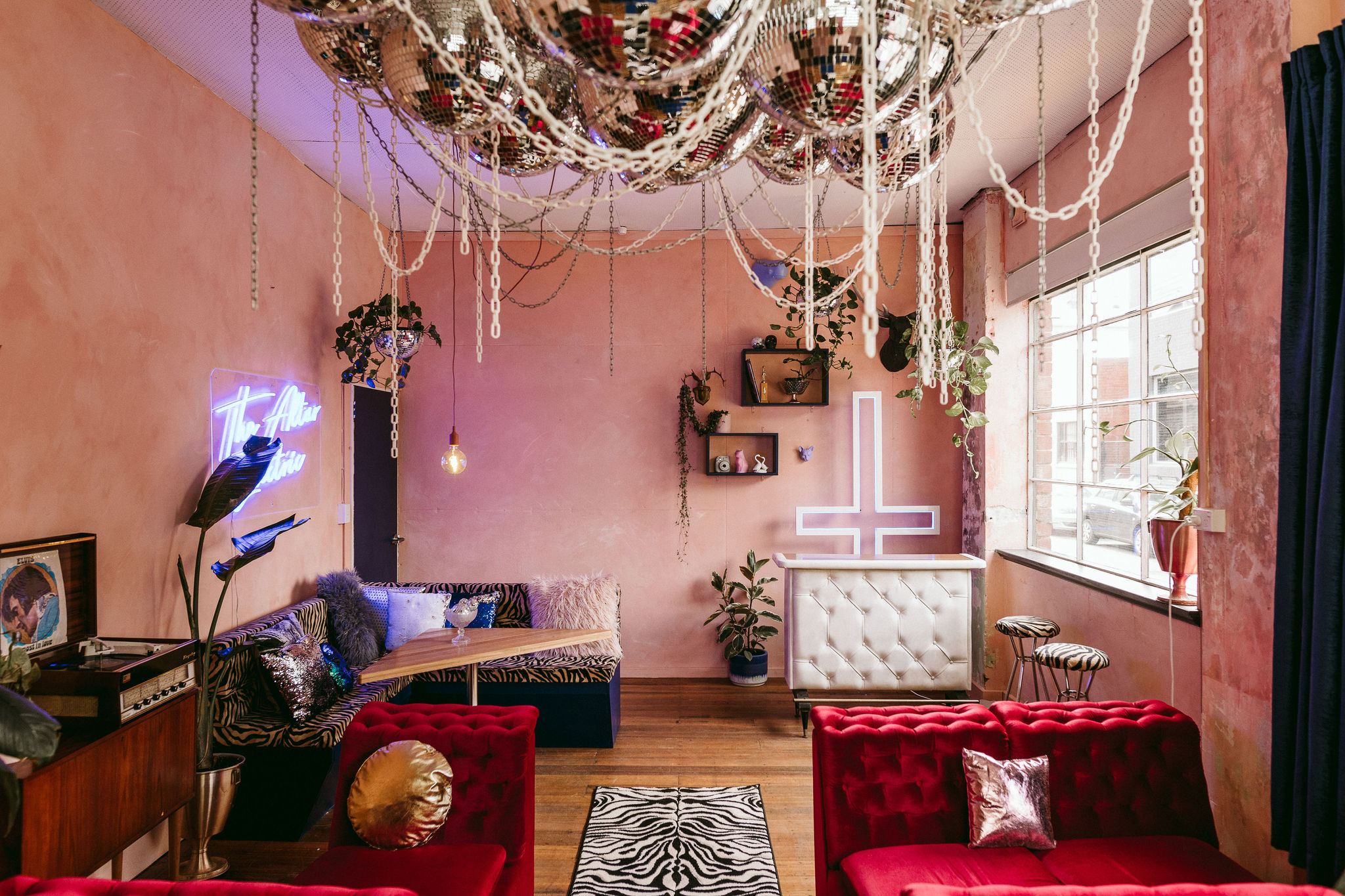 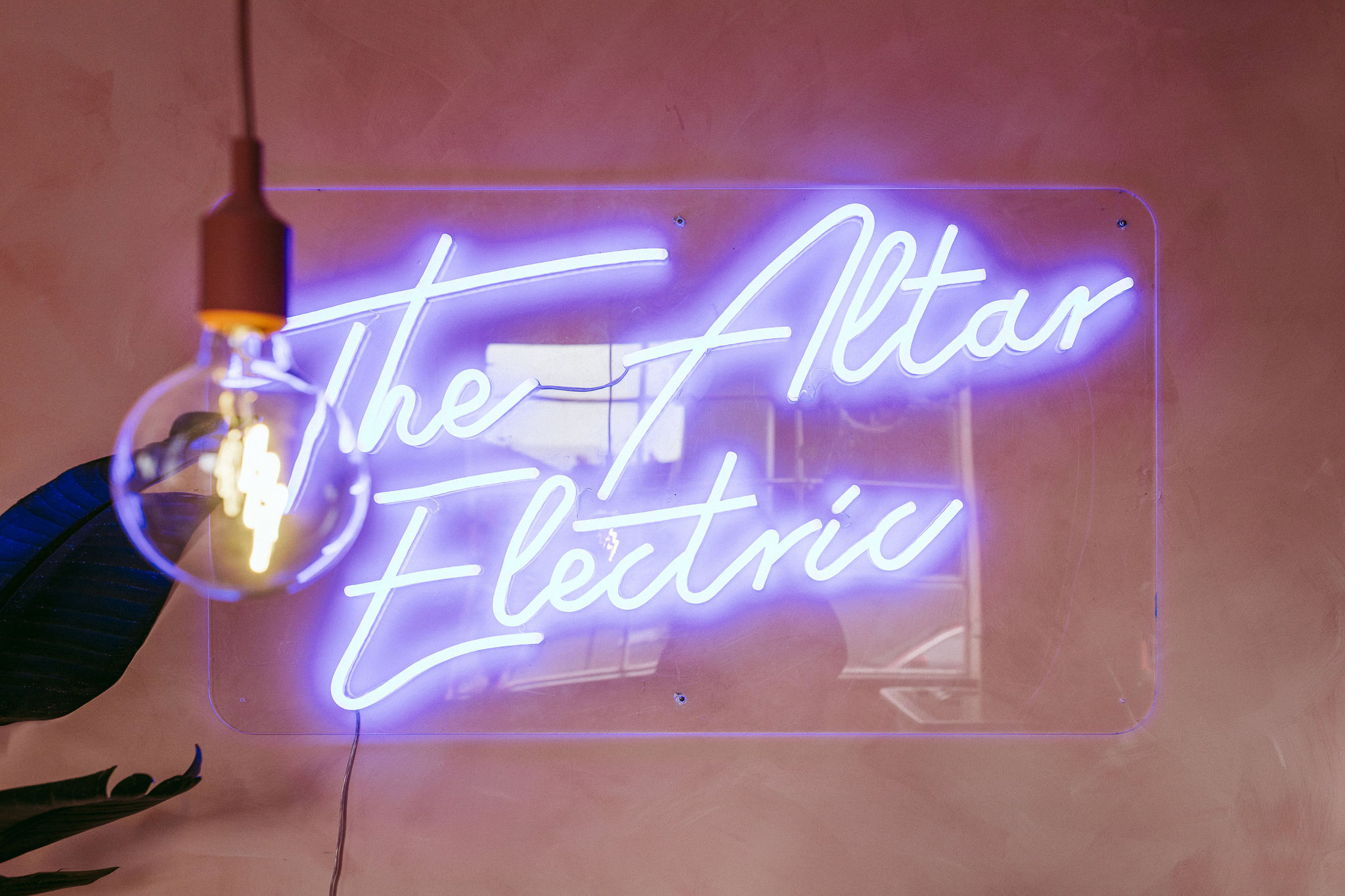 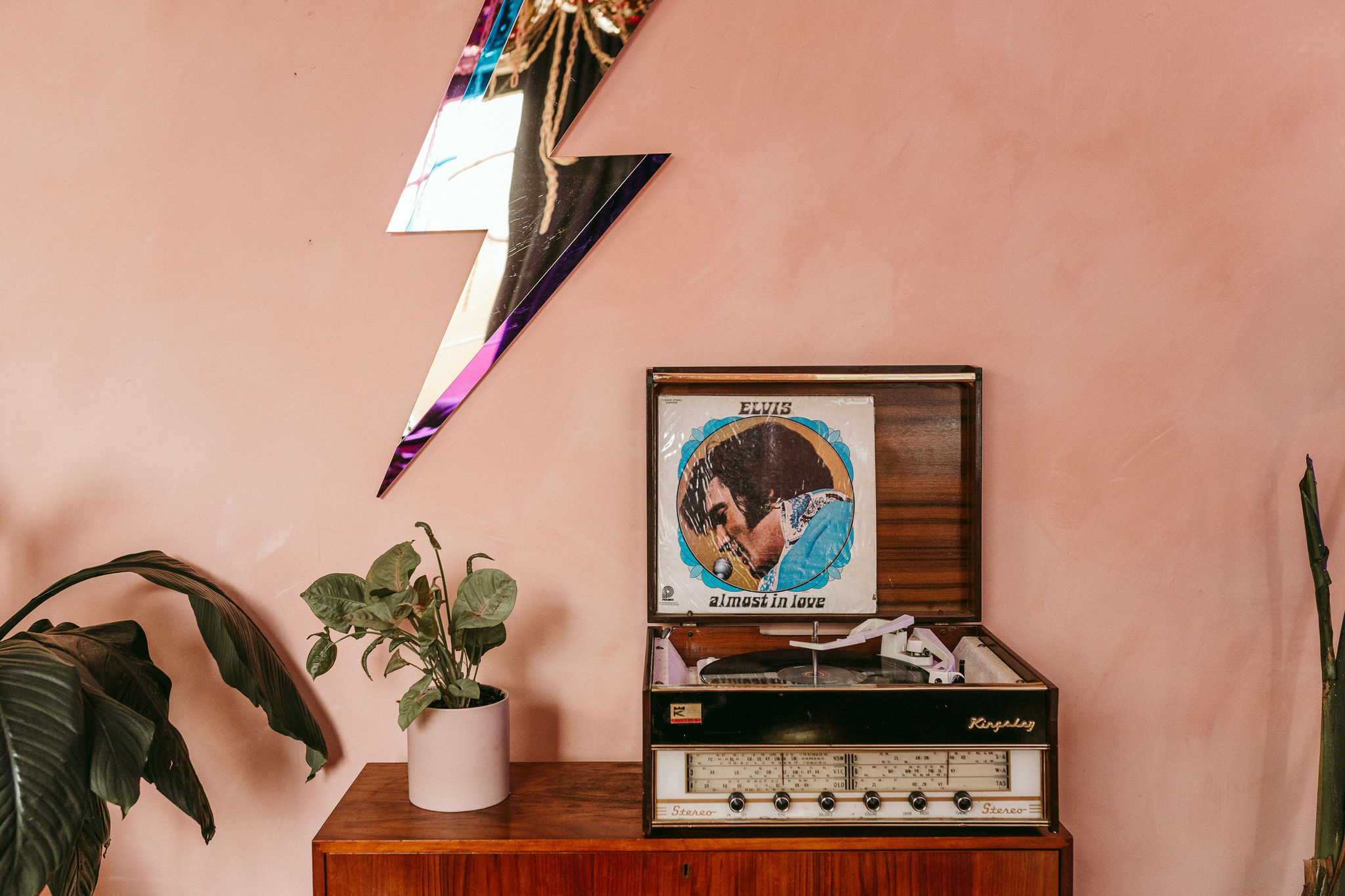 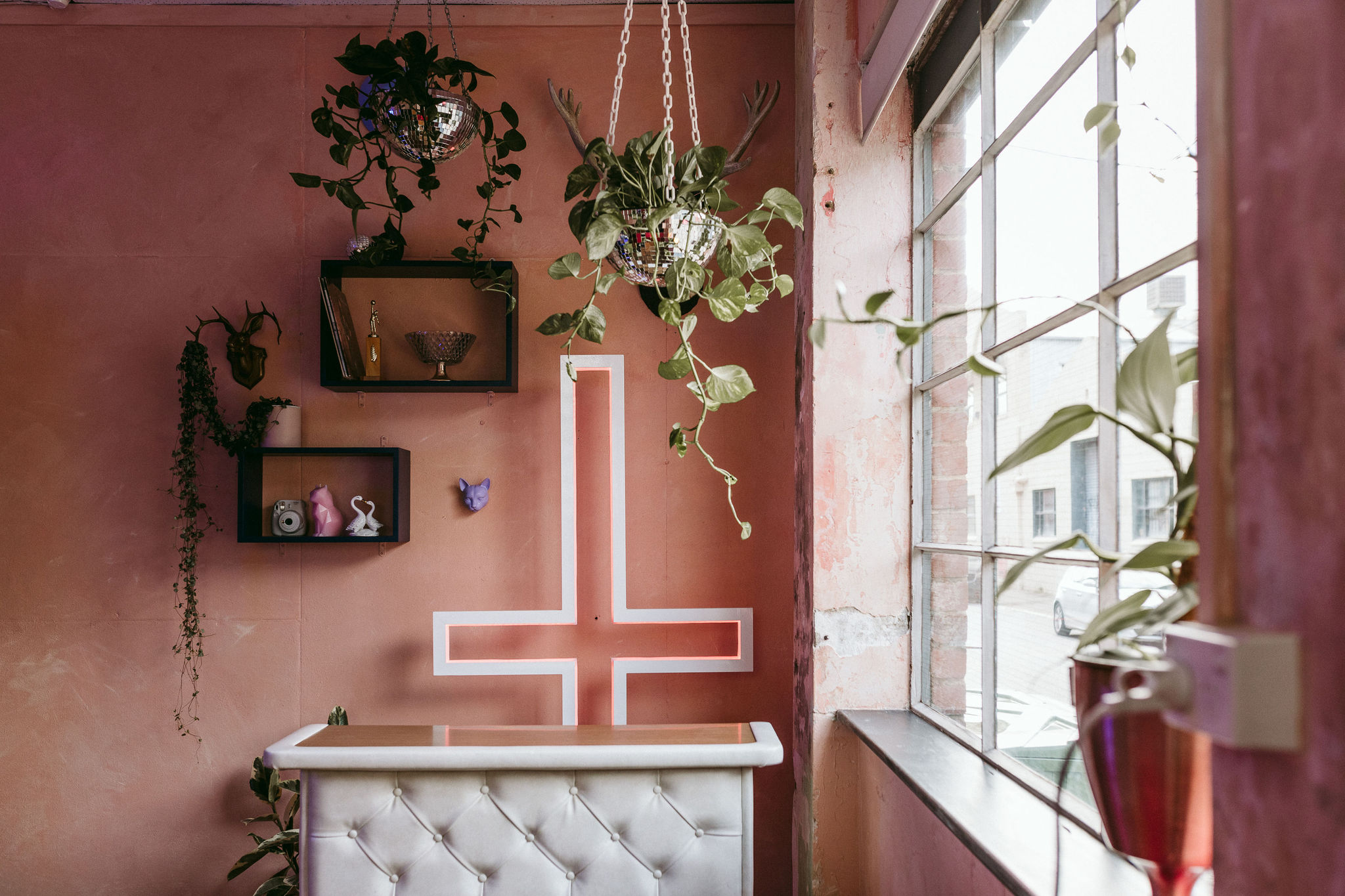 Here’s what we put together as part of the design process to show the team what we were thinking of doing with the space. It’s most helpful, no? Many people need help to visualise a space, and this is a wonderful way to do that. 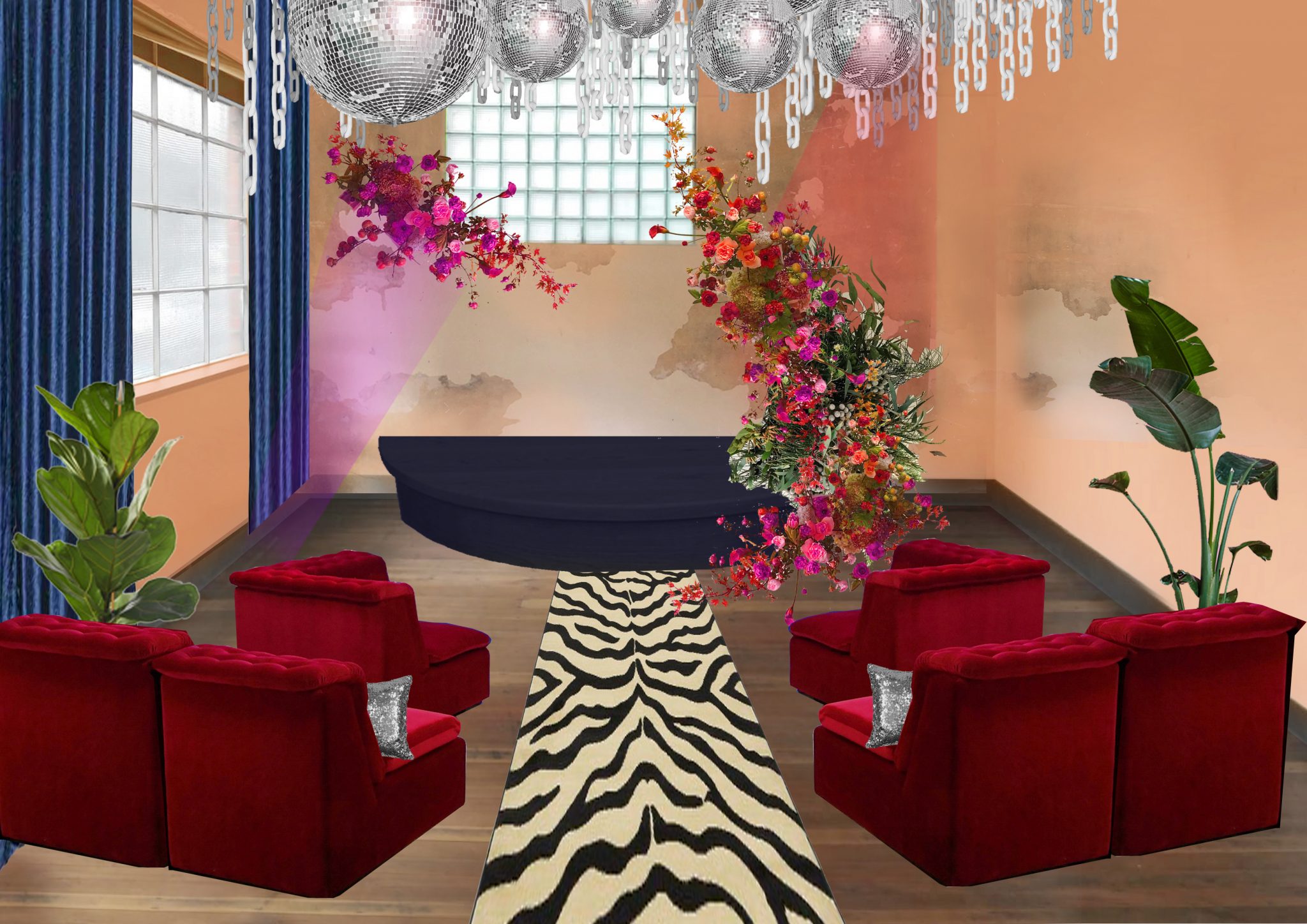 From this … to this! 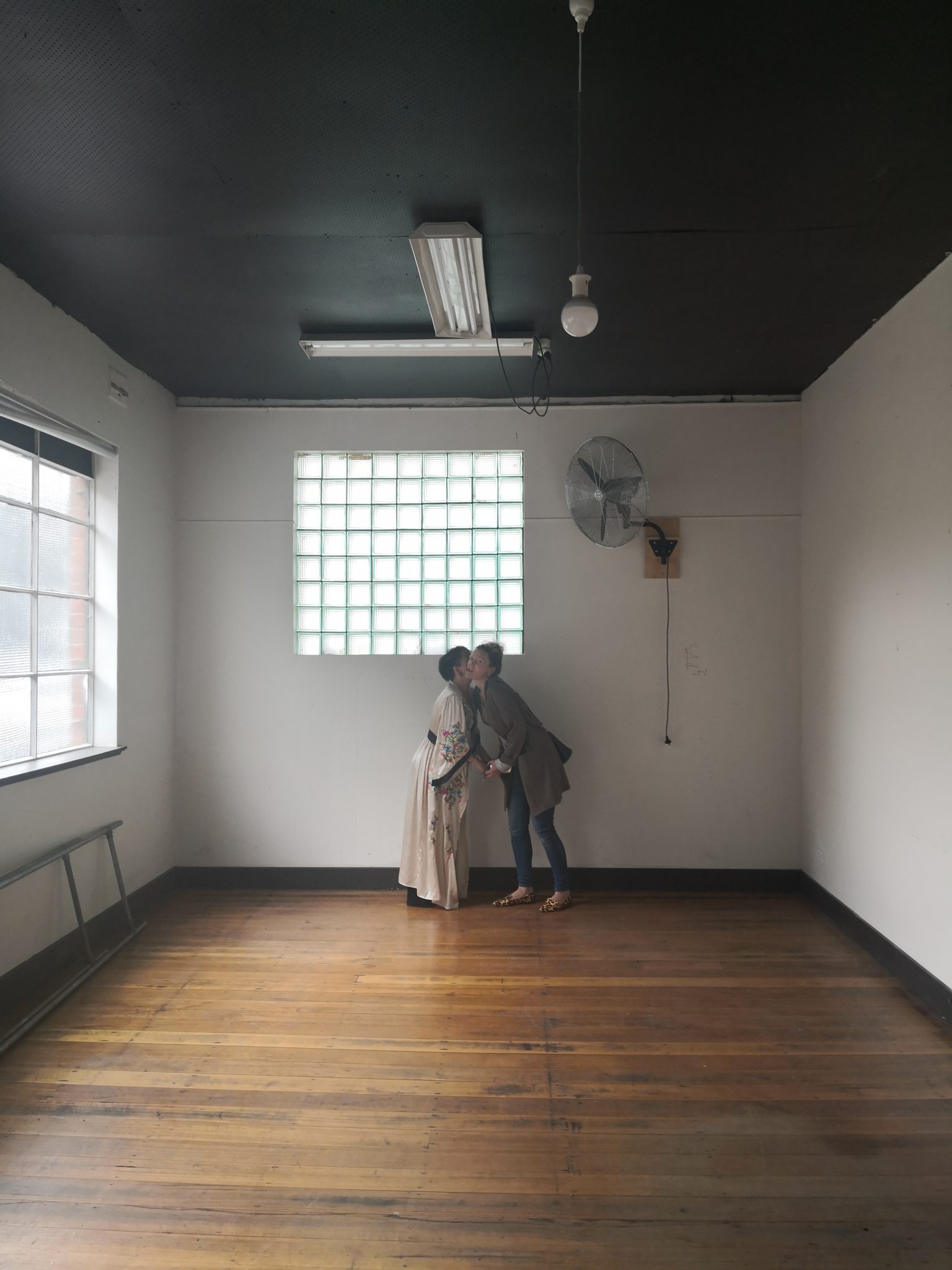 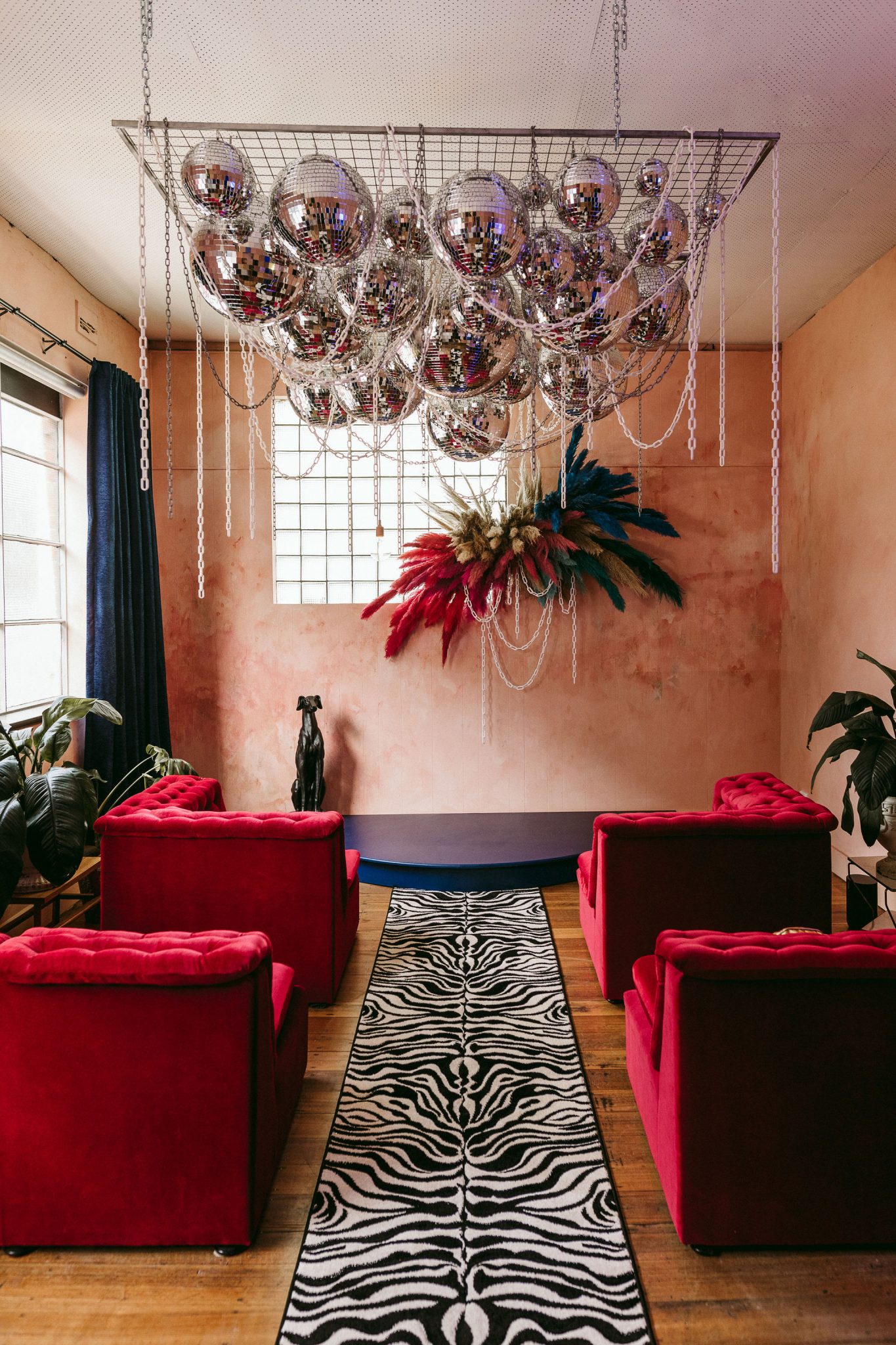 A look at the old chapel 👇

Basement, disco Vegas vibes with lots of glitz and glam. A fantastic chapel that saw over 200 marriages! 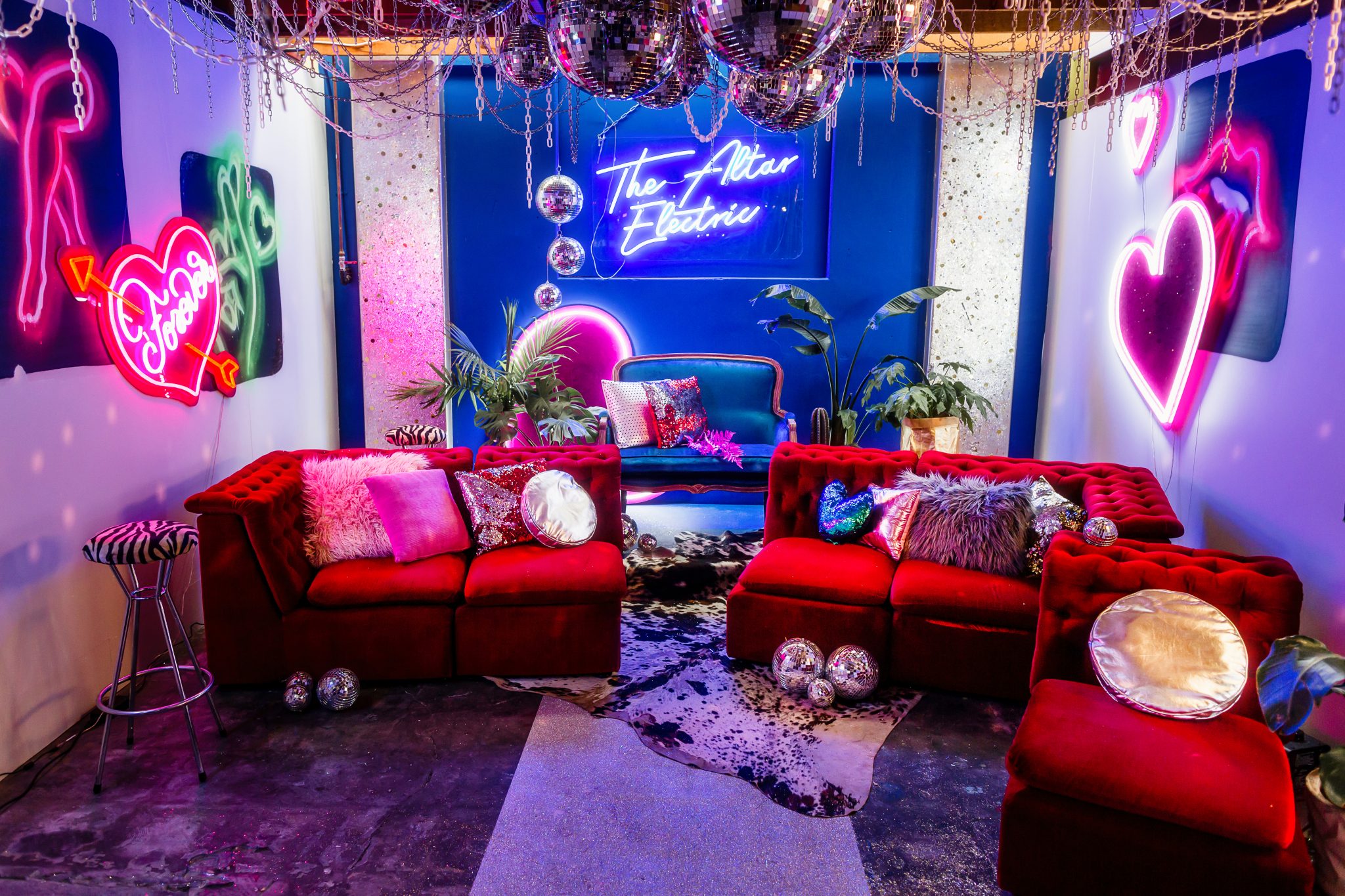 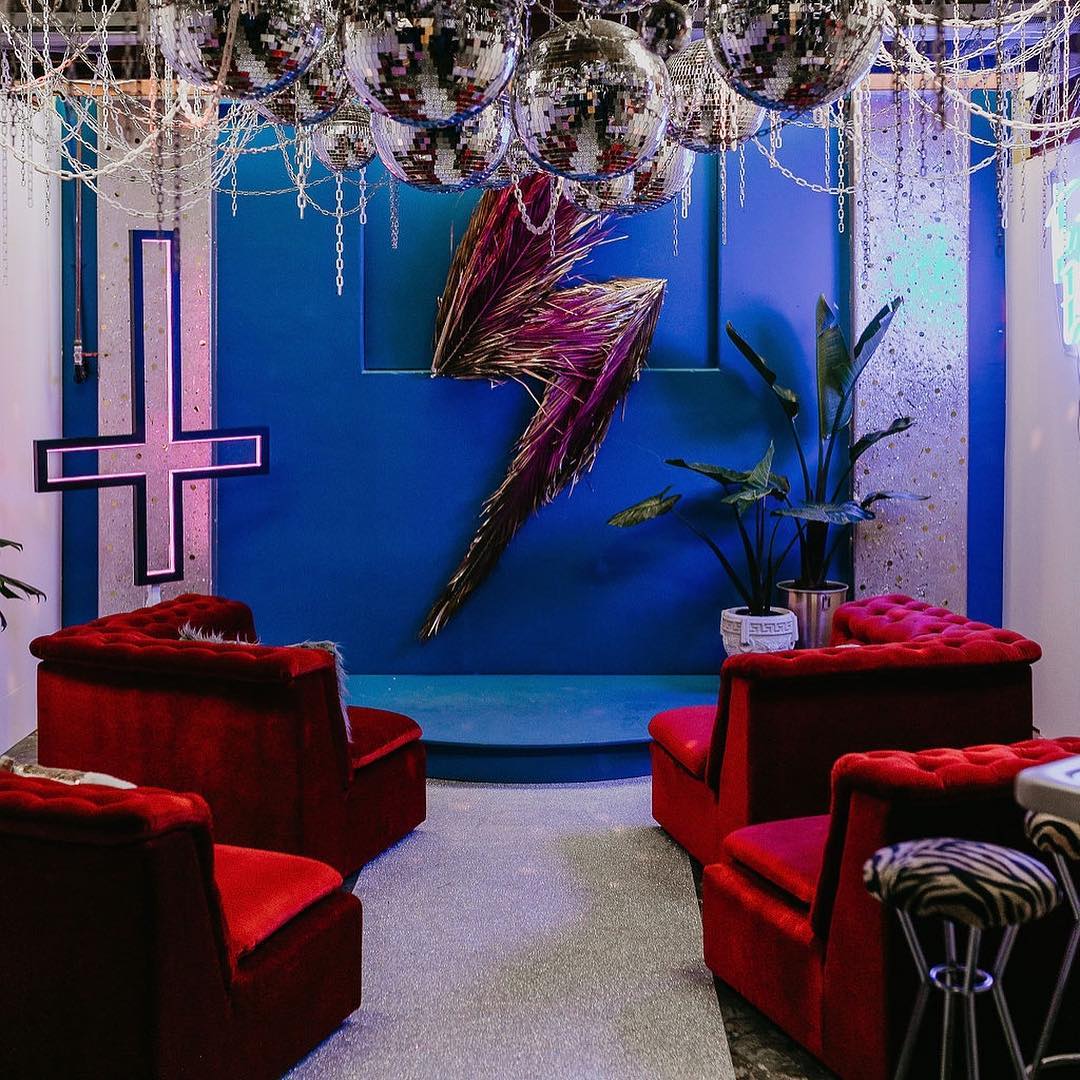 They’re a team of three non-standard type weddign celebrants who had this ace idea to shake up the small wedding / elopement game with a bit of rock and glam. Marry Me Dee, Anthony Cribbes + Mrs Hitch are the awesome and hilarious people who shall marry you. You’ll be glad you met them! What are they like? Scroll down and you’ll see. 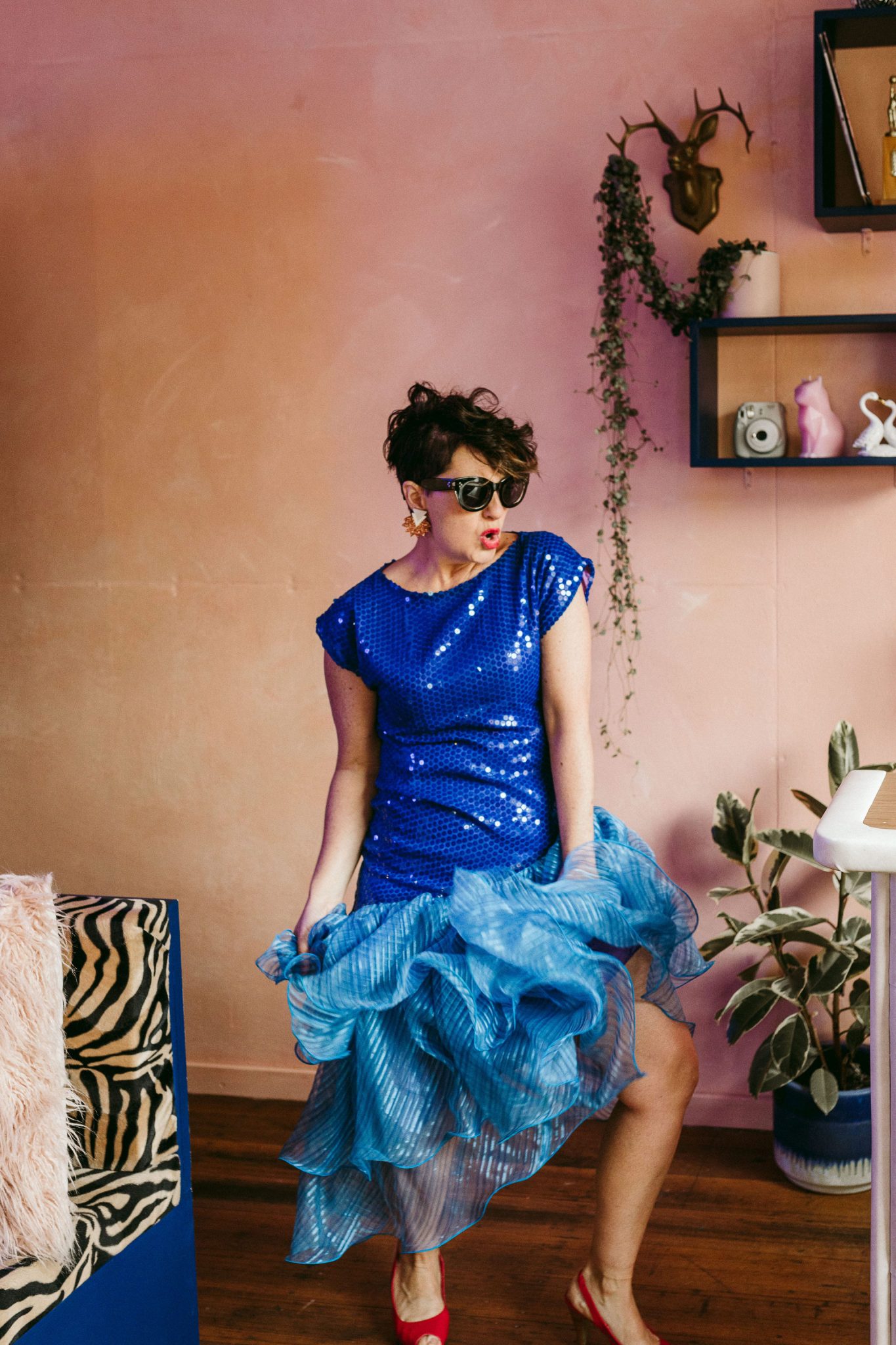 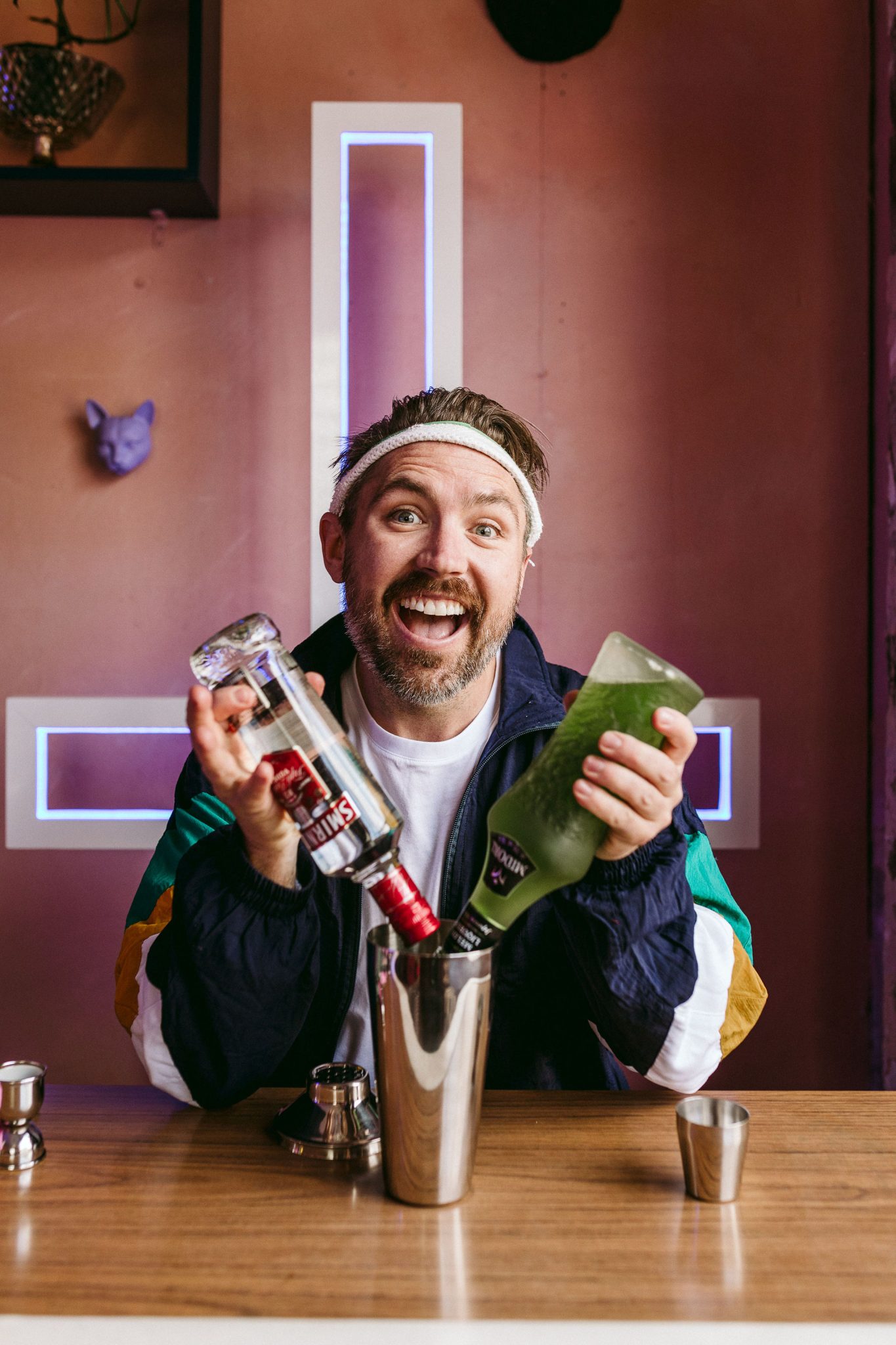 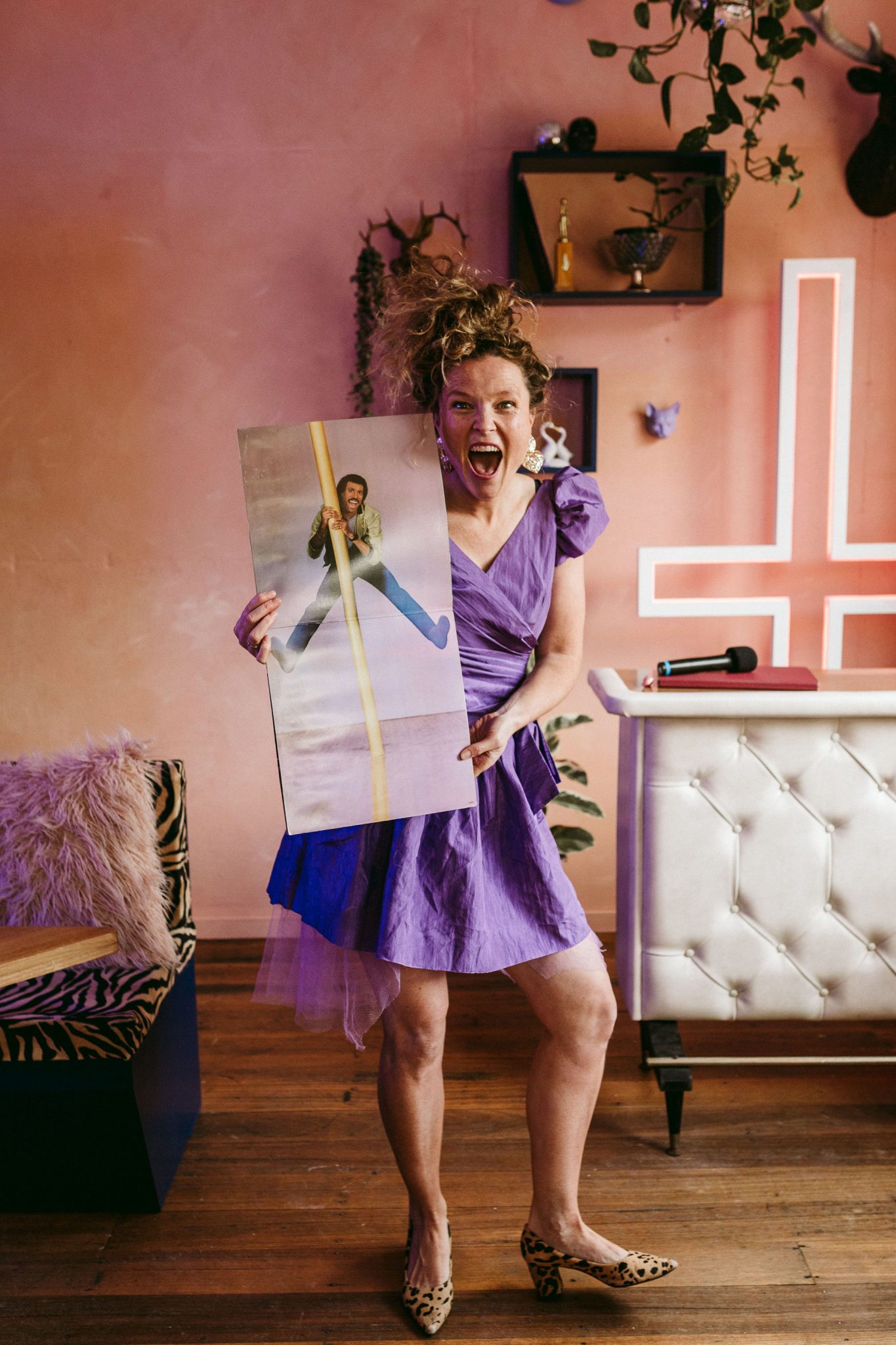 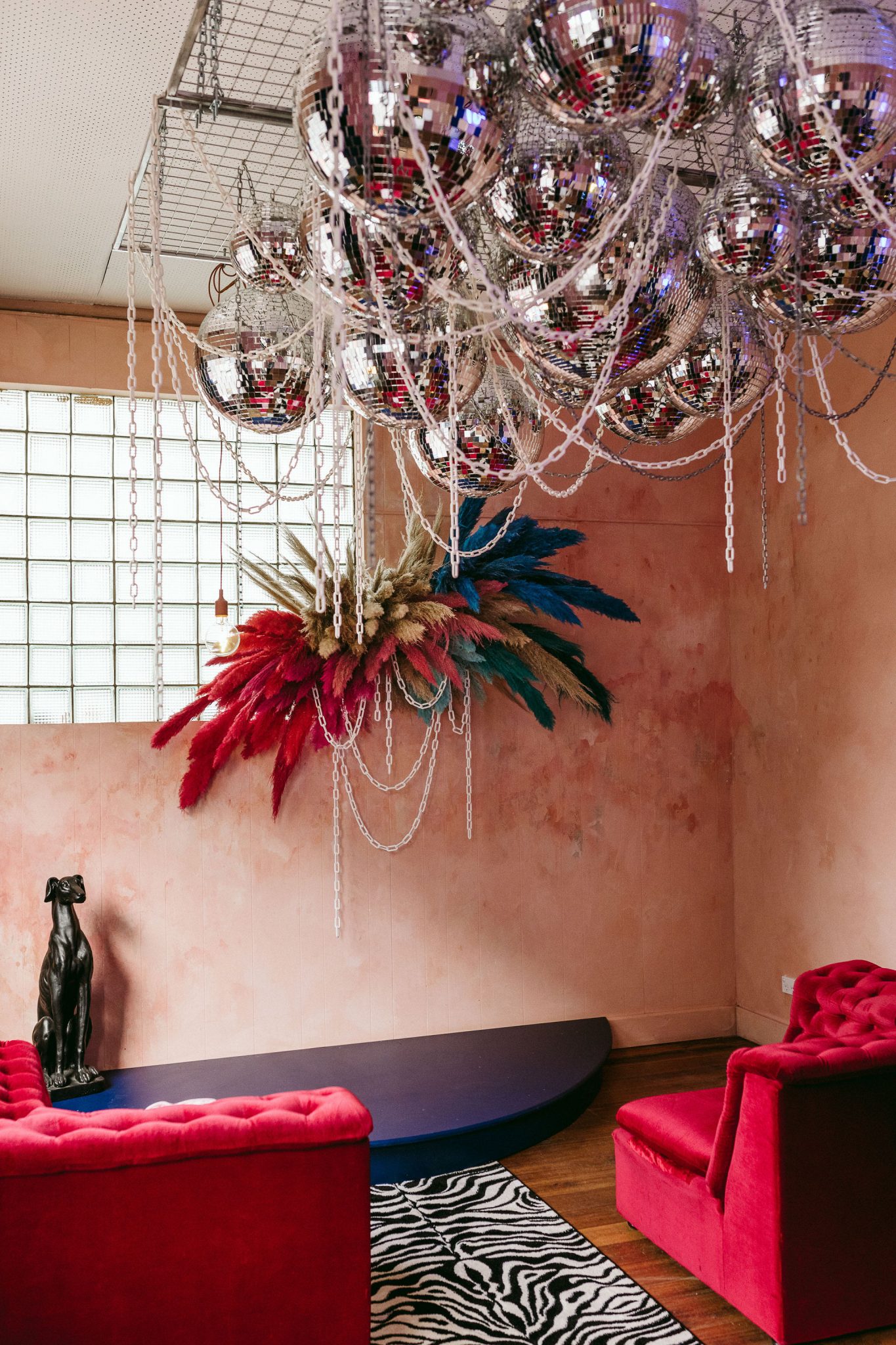 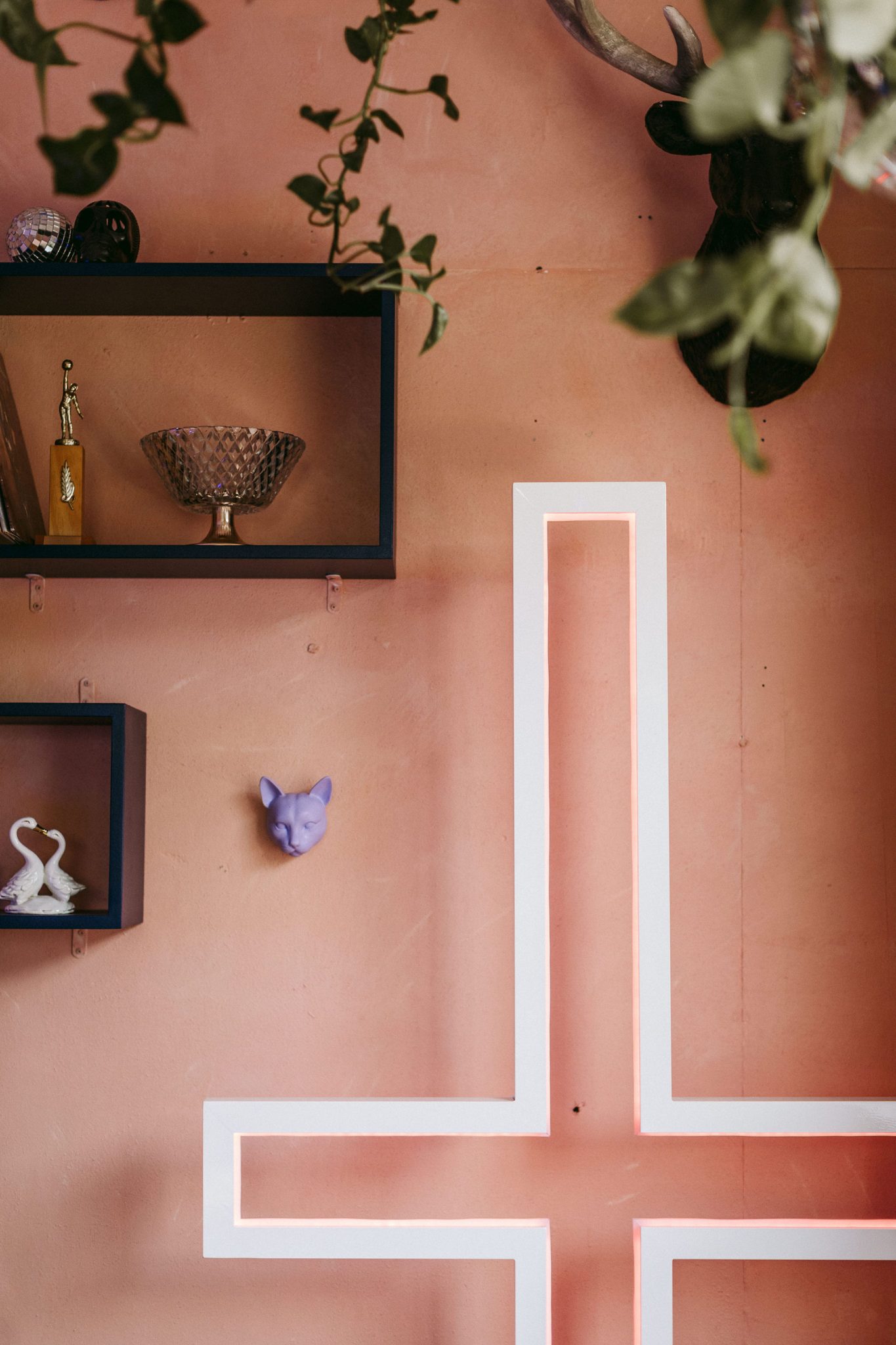 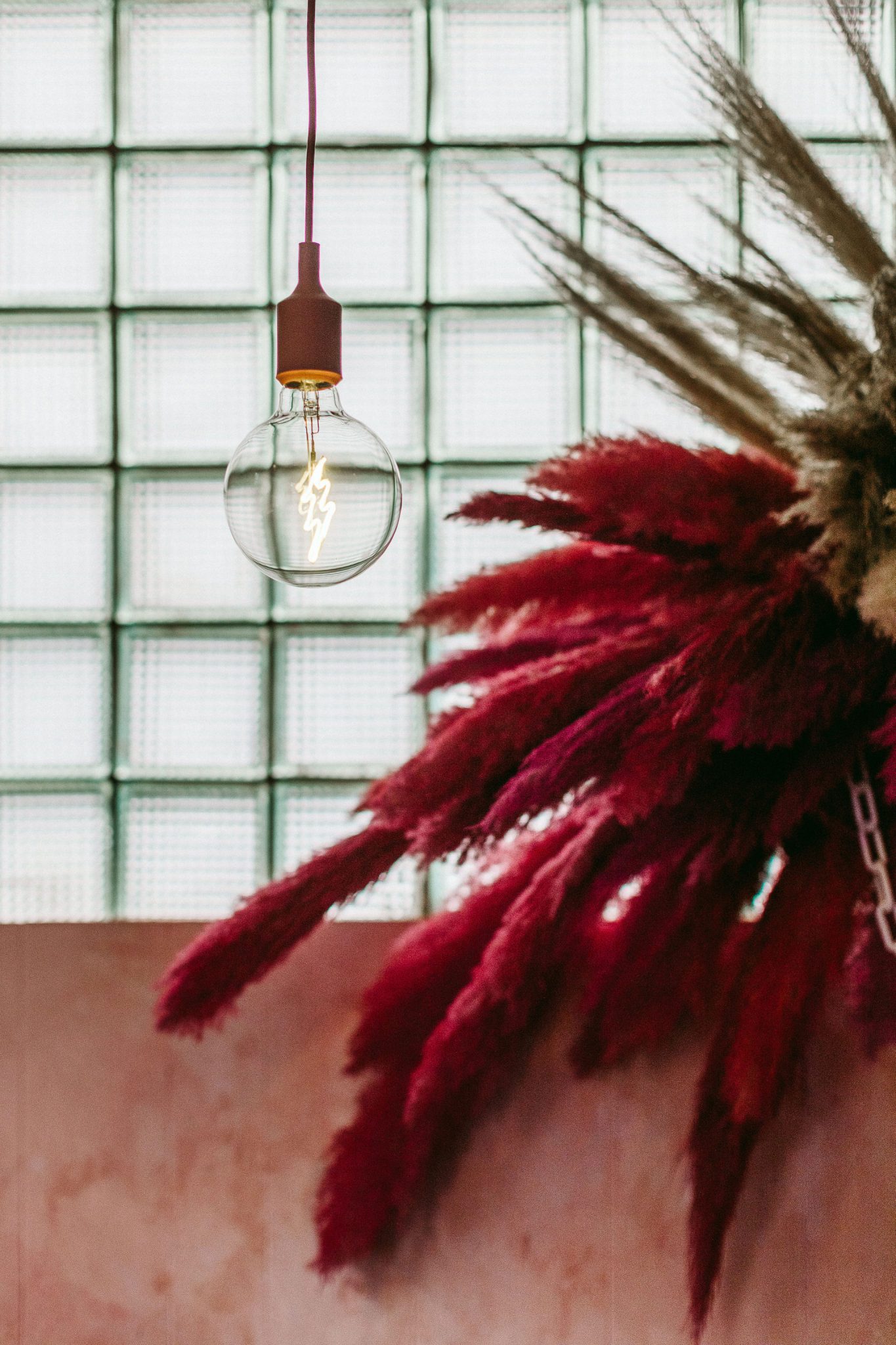 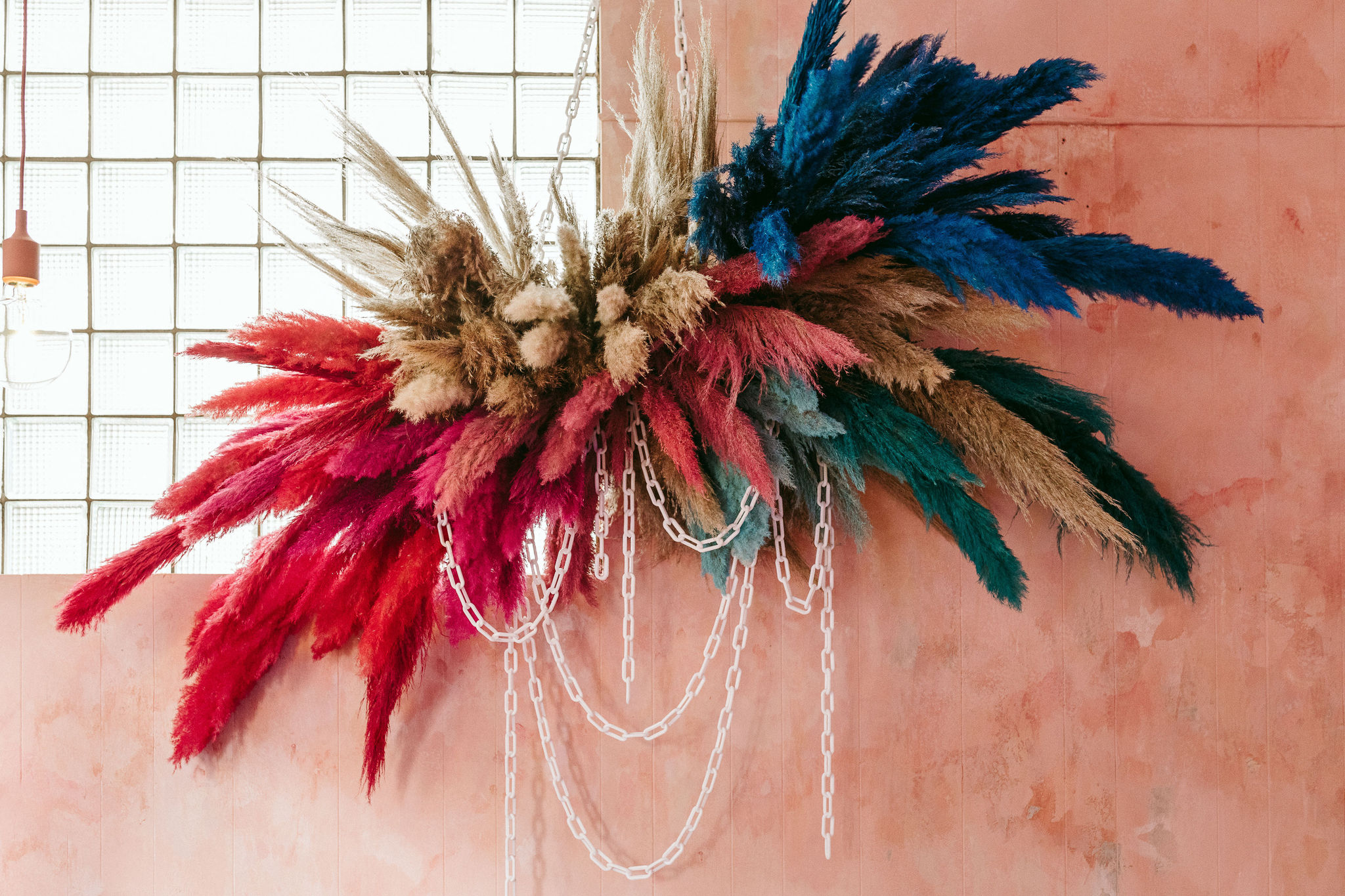 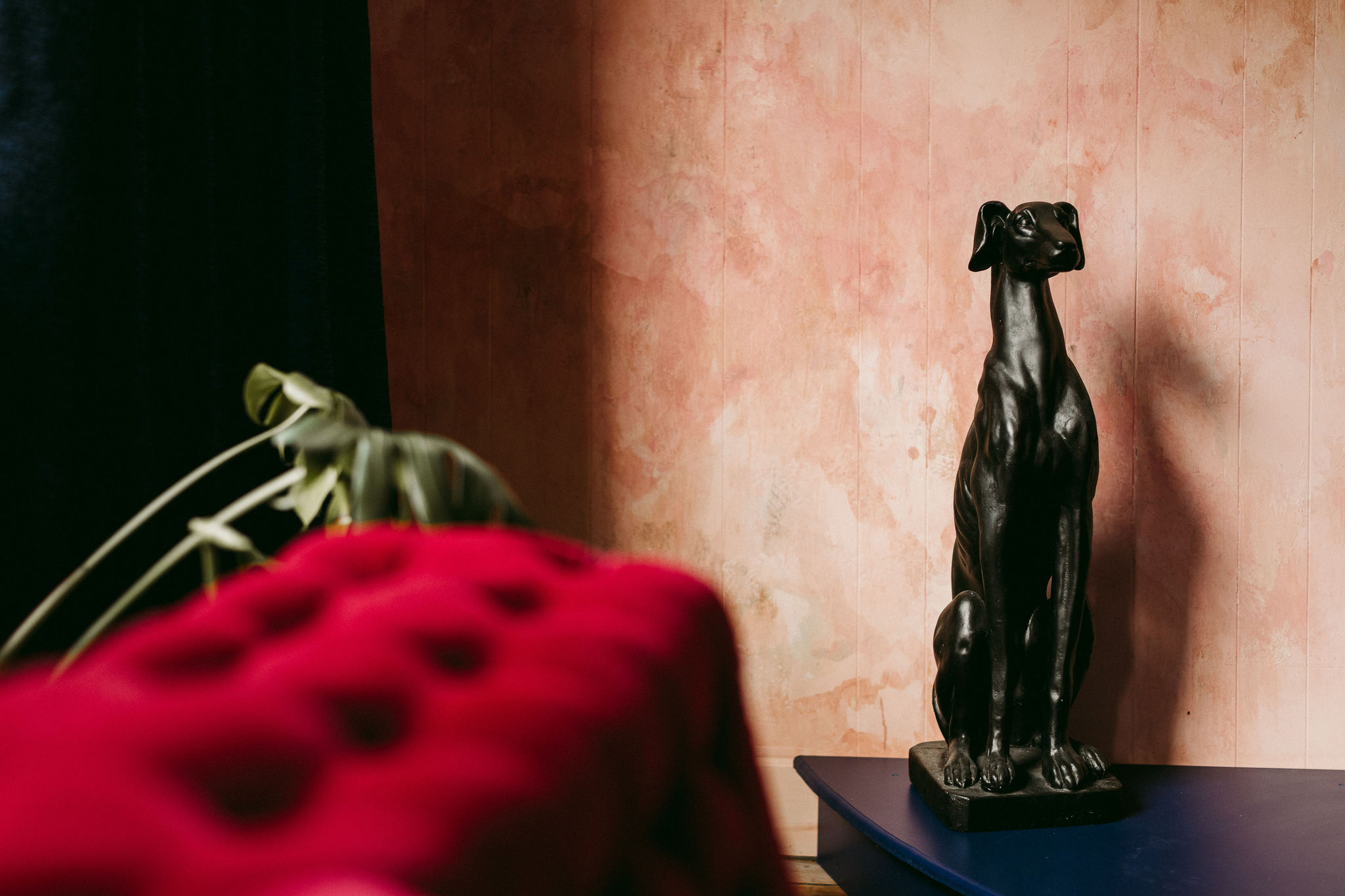 ← Previous: Corona made me postpone my wedding Next: Neon jungle wedding in Geelong → 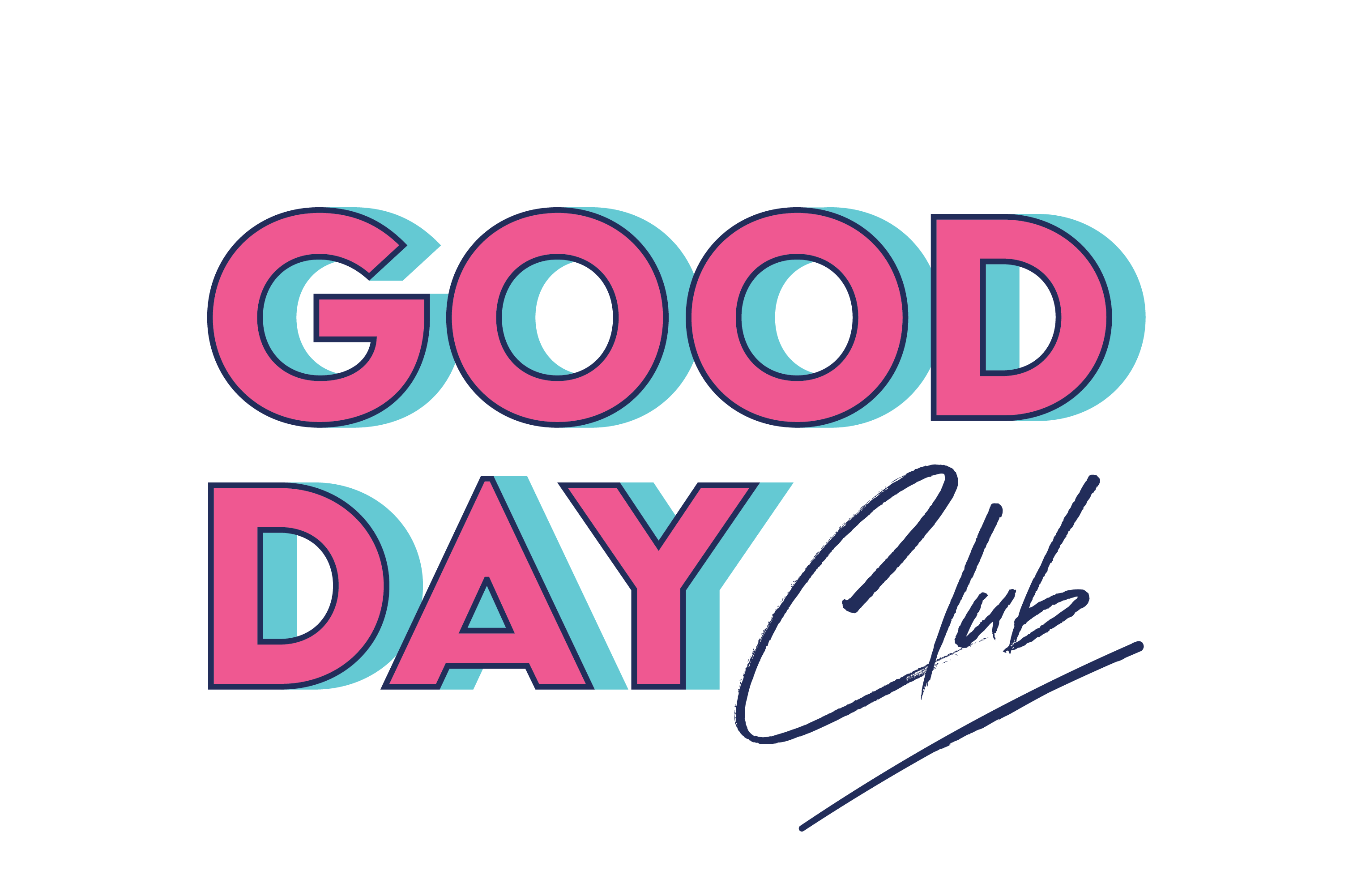 Studio visits by appointment only